These rescue dogs of Idaho do have special abilities.

The dogs of Heath’s Haven Rescue & Sanctuary in Athol, Idaho, have the power to show you that the right love and care can turn even the most hopeless life into one of joy and peacefulness.

The amazing folks at Heath’s Haven

Dogs come to Heath’s Haven from all over the country. They are dogs who have serious to severe medical conditions, pups who might have been euthanized if it wasn’t for this little sanctuary for rescue dogs in Idaho.

They have been broken and/or abused.

They have mesoesophagus, hydrocephalus or cerebellar hypoplasia.

“A lot of people don’t have the lifestyle to take care of these dogs,” says Jolene Schiller, co-founder of Heath’s Haven. “It’s a lot to commit to a special needs dog and it’s for the rest of their life.”

The Haven often has dogs stay for two or more years waiting to get adopted.

The best of care

When these special pups become rescue dogs of Idaho, they are evaluated by a veterinarian and even a neurologist if they have a spinal injury or paralysis.

Their list of procedures start with an MRI and could result in surgery. Then they start rehabilitation, which can include acupuncture, hydrotherapy or physical therapy.

Thousands of dollars often are spent on each dog the second they set paw on Haven ground.

“We typically have dogs for about six to eight months before they’re cleared by their doctors to go up for adoption,” says Jolene. “We all work together to decide when that point is.”

The adoption process is as extensive as the medical care.

“People have to fill out a pretty length application,” Jolene says. “We check personal references, we do a home visit, and then they go through a two-week trial period.

“Dogs need about two weeks to adjust to a new schedule.”

And sometimes the fit just doesn’t take. One pup was recently returned after one night when the potential adopter realized she couldn’t handle the dog’s incontinence.

Other times, Jolene and her teammates, Shawn and Tiana Heath, decide a dog would be better off staying with them.

That’s when these rescue dogs of Idaho become sanctuary dogs of Idaho, finding their forever spot at the Haven, a glorious patch of land in Athol.

Jolene knew from the moment she set eyes on Jake that he would stay with her. The little papillon uses a wheelchair to get around.

And he’s a hemophiliac.

“His blood doesn’t clot,” Jolene explains. “Any minor injury to him could be life-threatening. He can’t be around a lot of crazy dogs or around cats. Just a little scratch could send him to the hospital needing plasma transfusions.”

He can’t be neutered, vaccinated or microchipped — all Haven requirements before a dog can be approved for adoption.

Then there’s Twylah, the little white Lab with mesoesophagus, whose adoptive parents drove out from the East Coast to get her. We first met her in February when she still needed to find her perfect home.

And Remington, who became a foster fail, a happy experience where his foster mom decided to keep him forever.

And Otis, who came from Kansas, stayed one of the rescue dogs of Idaho for just a few months and then was driven down to Fort Collins, Colorado, to find happiness with a rehabilitative vet.

“We ask so much of them – exercises twice a day, holding still to have their bladders expressed, multiple vet appointments and rehab appointments,” Jolene says. “They’re all so trusting and they just go with the flow.

“It’s really amazing how these dogs handle getting to a point where they can be adopted and have their second chance at life. I think they know that we’re getting them better and we’re giving them a better life than what they had before. I really do believe they’re grateful.”

The most special rescue dogs of Idaho

Jolene and Shawn founded Heath’s Haven in 2010 when they were married to each other. With three dogs already, they spied on Petfinder a husky puppy named Phoenix who had spinal and tail-pull injuries.

Doctors didn’t expect her to live past a year but Jolene and Shawn didn’t want to give up on her. She has a degenerative disorder that progressive weakens her hind end.

To this day, she rules the realm at the Haven, still undiagnosed.

With the biggest hearts imaginable, Jolene and Shawn started adding more special needs dogs to their pack. Next came Goose, a border collie-Australian shepherd mix who has no idea he’s paralyzed.

They became known in their Spokane Valley neighborhood as the “people with the wheelchair dogs.” Their neighbors often reached out with help and donations, so they decided to buy the property in Athol and launch the nonprofit known as Heath’s Haven Rescue and Sanctuary.

“We rescue these guys because they deserve a chance at life just like any other dog,” Jolene says. “They really, truly have no idea they’re any different.

Jolene admits she, Shawn and Tiana bond very deeply with each one of the dogs who join the Haven. And it becomes difficult to let them go when it’s time to let the forever parents take over.

“Everybody gets attached to their dogs within a short period of time, but these dogs require so much extra care that you develop a really special bond with them,” Jolene says. “They count on your to take care of them and provide everything they need.

“When it comes time to adopt them out, there’s always misty eyes and tears. We’re sad to see them go but we’re happy because they’re getting a home.”

Then they get to open a spot at the Haven and save the next dog that needs their help.

“It has to be a revolving door,” she says. “There are so many dogs out there that just don’t get the care they need.”

I’m a lucky girl. I get to hang out at the Haven and photograph these very special rescue dogs of Idaho.

I volunteer my photography to make sure the adoptable dogs have great images to put up on the Haven’s website and social media accounts to entire potential adopters.

Pet photographers around the world volunteer with shelters and rescues to make sure dogs – and sometimes cats and other pets – have an easier time of finding their forever homes.

Rescue dogs is the topic for this week’s blog circle. Let’s leap off into the great big world of pet photography, heading to the Sunshine State.

Start with Linda Perdue of VP Shoots Photography, photographing pets and people in the Tampa Bay area of Florida. At the bottom of her blog post, there will be a link taking you to the next photographer in the circle.

Follow the circle through every post and when you get back to these very special rescue dogs of Idaho, you know you’re home.

5 thoughts on “Superpowers: The specially abled rescue dogs of Idaho” 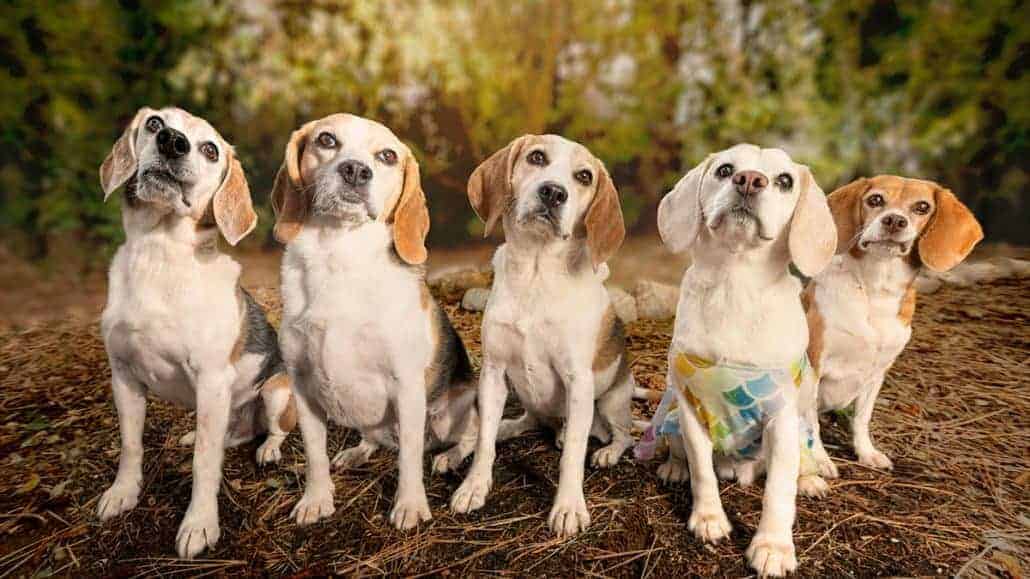 The dog-human bond: A sweeter way to look at photography’s rule of thirds