The Maremma sheepdog doesn’t do toys.

I remember so well my boyfriend trying to get Shep to play fetch. Shep happily ran and got the ball, even played with it a little bit, but very reluctantly returned it.

The Maremma sheepdog does not like being told what to do.

Chip threw the ball again. Shep went to it, obliging the man one more time but with a slight look of derision in his eyes.

A third time, the look came out. “What is the actual point of this?” Shep said with his eyes and stood there with the ball at his feet.

More than 10 years and a puppy stage later, my husband has come to a point of acceptance, resigning himself to cuddles and occasional zoomies in the backyard.

The Maremma sheepdog is wired differently.

The Cane de Pastore Maremmano-Abruzzese (say that five times fast if you aren’t Italian) is an Old World guardian breed, first mentioned in ancient Roman literature more than 2,000 years ago.

From its very origins, the dog was used to protect vulnerable flocks from wolves. Some Italian painters, including Mariotto di Nardo (circa 1400 AD), depicted a large white dog at the birth of the Christian Jesus.

Over the millennia, the Maremma sheepdog developed instincts to think independently, to be her own decision-maker and to not submit easily. These dogs were – and are – left in the pasture with their flocks; they have been shepherds’ loyal companion and trusted guardian of sheep, keeping wolves and other predators at bay, fighting to kill when necessary.

I bought “The Maremma Sheepdog eBook: Understanding, raising and training your maremma” off a great website many years ago, hoping to learn more about my boy Shep. By the time I’d found this book, I’d already met a few Maremma folks who regaled me with stories of their dogs leaving coyote parts on the back doorstep as gifts.

The brain of the Maremma sheepdog

The ebook, written by Maremmano.com owner Katrina Jeffrey, goes into great detail about the motor patterns of a Maremma sheepdog’s brain.

I won’t go into great detail but the section would be a good read for anyone wanting to understand why their dog wants to play fetch, or has a herding or predatory instinct. The concepts are pretty complicated but there is a series of actions a dog’s brain undergoes, including orient, eye, stalk, chase, grab-bite, kill-bite, dissect and consume.

A game like “fetch,” Jeffrey writes, is based on a predatory motor sequence, one that requires stalking, chasing and the grab-bite. Over time, those stages have been quieted in the Maremma sheepdog brain. They neither stalk, chase nor grab-bite, having learned to nurture the vulnerable and defend their property instead.

It all boils down to the Maremma sheepdog being a dog that’s fairly quiet in nature (I don’t mean quiet in lack of barking because geebus, no, there’s a lot of that).

They sleep a lot, reserving their energy for when it’s needed.

They lope and trot, rather than run at high speed.

They aren’t a biddable retriever or a “happy to please” Labrador.

As a puppy, Bella was playful when she wanted to be. Always on her terms. Most often, when she had a friend to play with.

She wanted no toys to fetch or bat around.

We did occasionally get her to kick around a small rubber ball. We called it “soccer” and laughed that she was so good at it because she’s Italian.

I bought her a squeaky pig that lay unwanted next to her chew ropes and squirrels that met quick fates of delimbing..

And those damn chew ropes.

After three or four went missing, I realized she was eating them. I count my lucky stars she digested them, rather than sustaining a blockage and costing us $3,500 in stomach surgery.

A basketful of toys

Today, we have a collection of Kongs and other rubbery “toys.”

They are not for playing. No, no.

They are mere vehicles for smears of peanut butter and Greek yogurt – two times of day Bella will not let us forget.

No, toys are beneath her.

She’s a serious girl 90 percent of the time.

She has two speeds: sleeping and “OK, mama, let’s hike.”

But that’s really the dream, isn’t it?

To take long walks in the wood and to sleep.

As long as we’re together, she guarding me and I her.

These stories of Bella, to be told every Monday in 2022, are part of the Soul Dog Journey Project, an effort by my friend Marika at @dirtiedogphotography in Seattle. After losing her Soul Dog, Kerouac, last year, she’s put together a 52-week project that gets us telling the stories of how we are connected to our dogs and what they bring to our lives.

Each week, there’s a new story prompt to get our creative juices flowing. This week’s prompt is “your dog’s favorite toy, and the joy it brings to both of you.”

Since we don’t have a favorite toy, I thought I would share more about the Maremma sheepdog brain and why toys don’t really fit into our world. I hope it gave you some insight into why the Maremma – and other livestock guardian dogs – are so different and why they need a different kind of human when they’re in a companion home, rather than on a working farm.

Every one of those traits that make Bella different from other dogs is one more reason why I love her more than anything or anyone I’ve loved before. (Don’t worry … Husband knows.)

Her independence, her stubbornness, her defiance are all reasons why she is my Soul Dog.

Don’t be shy. Tell me in the comments about your dog’s favorite toy and the joy it brings both of you. And if you’ve found yourself here because you have a Maremma sheepdog that doesn’t do toys, well … you probably just know. 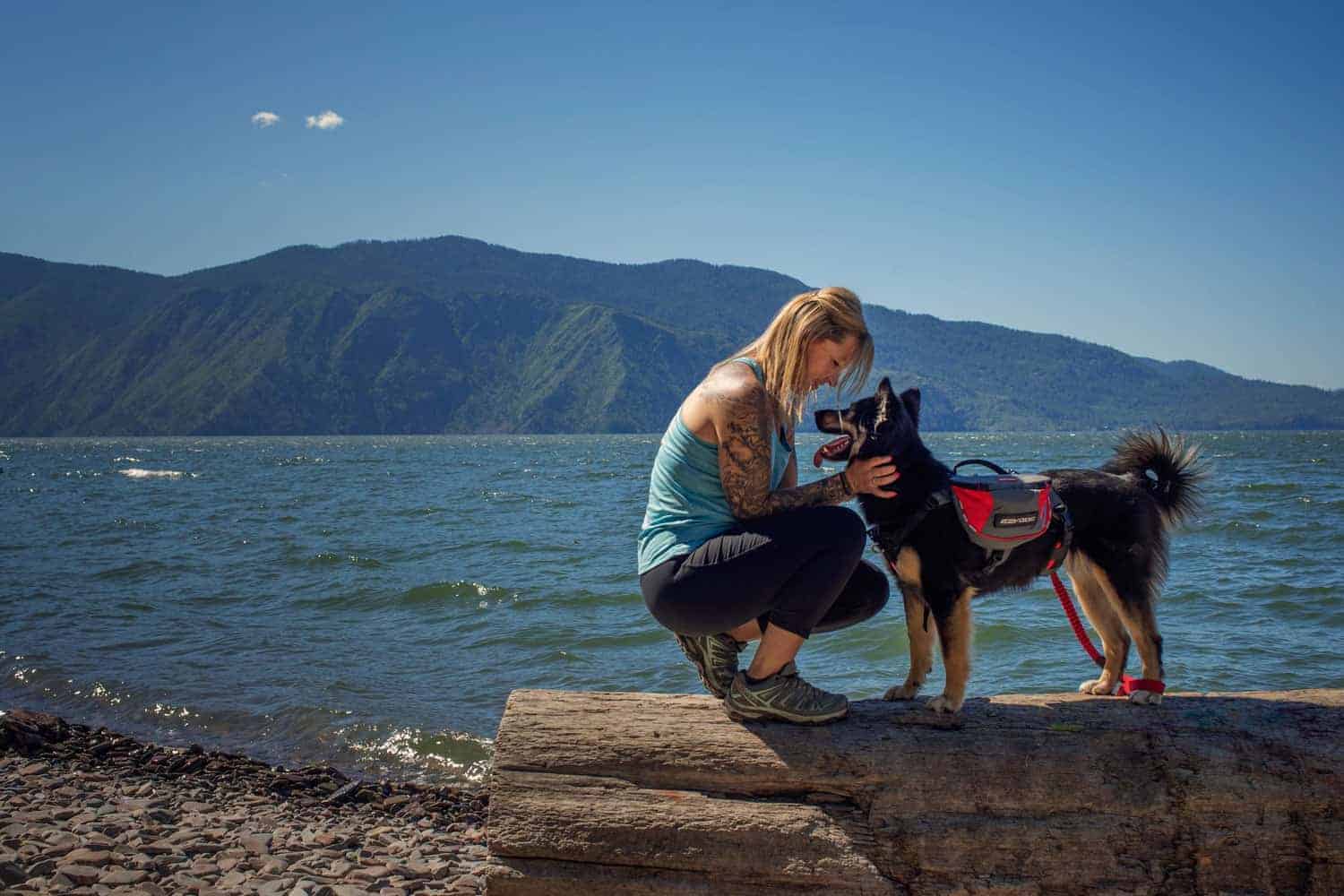 Start your journey to telling it

The Journey session with Big White Dog Photography produces a book that tells the story of you and your dog on the adventure of life together. Words and images come together in an heirloom piece you’ll read again and again.

8 thoughts on “Soul Dog: The Maremma sheepdog doesn’t play around” 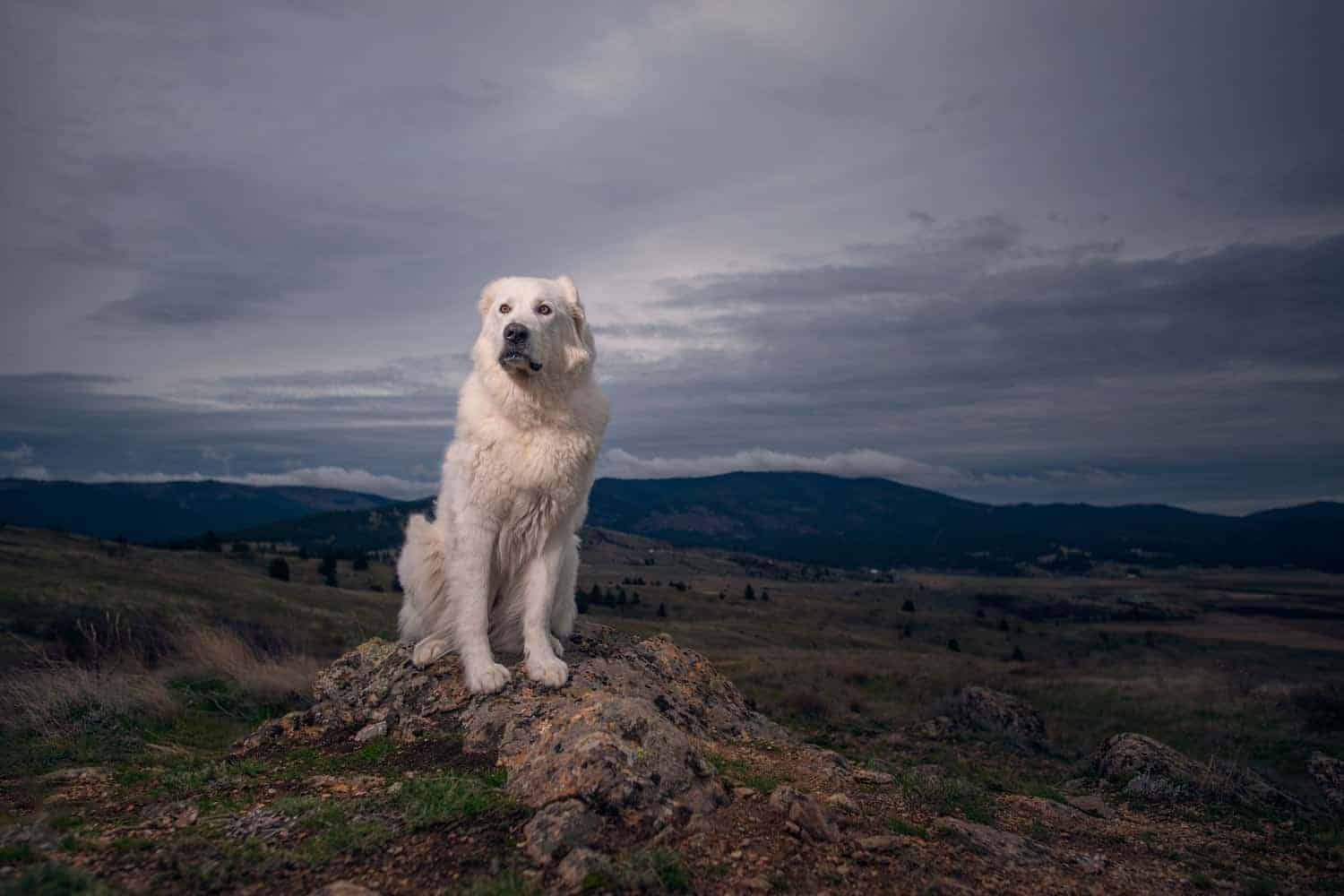 Soul Dog: How my pet Maremma helped me find my voice

The bark of a pet Maremma sheepdog often has a single purpose: to let an intruder know they are not welcome in this space. 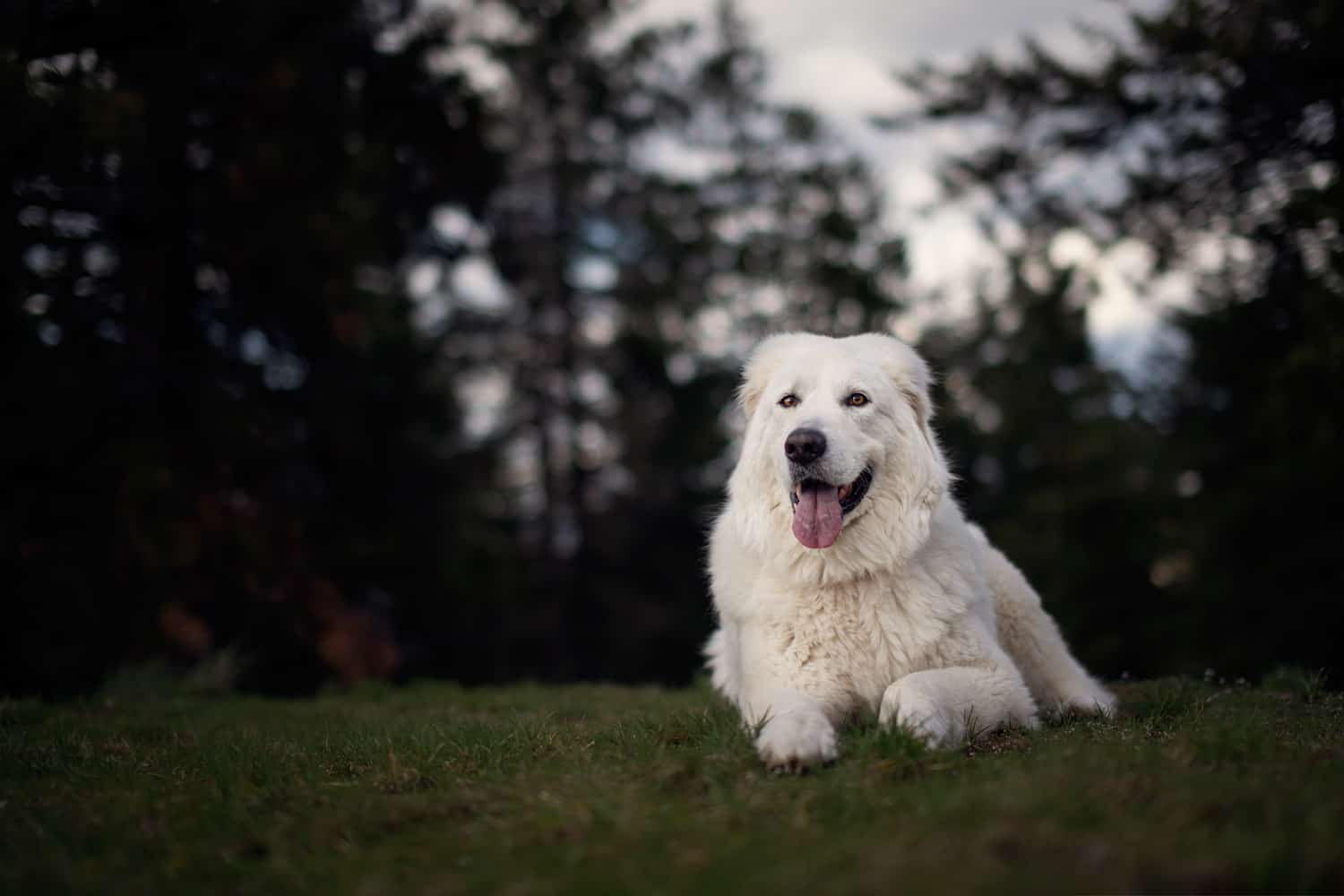 Soul Dog: The secret to training recall with a Maremma sheepdog

It isn’t easy training recall with a livestock guardian dog. It takes a lot of time and patience. 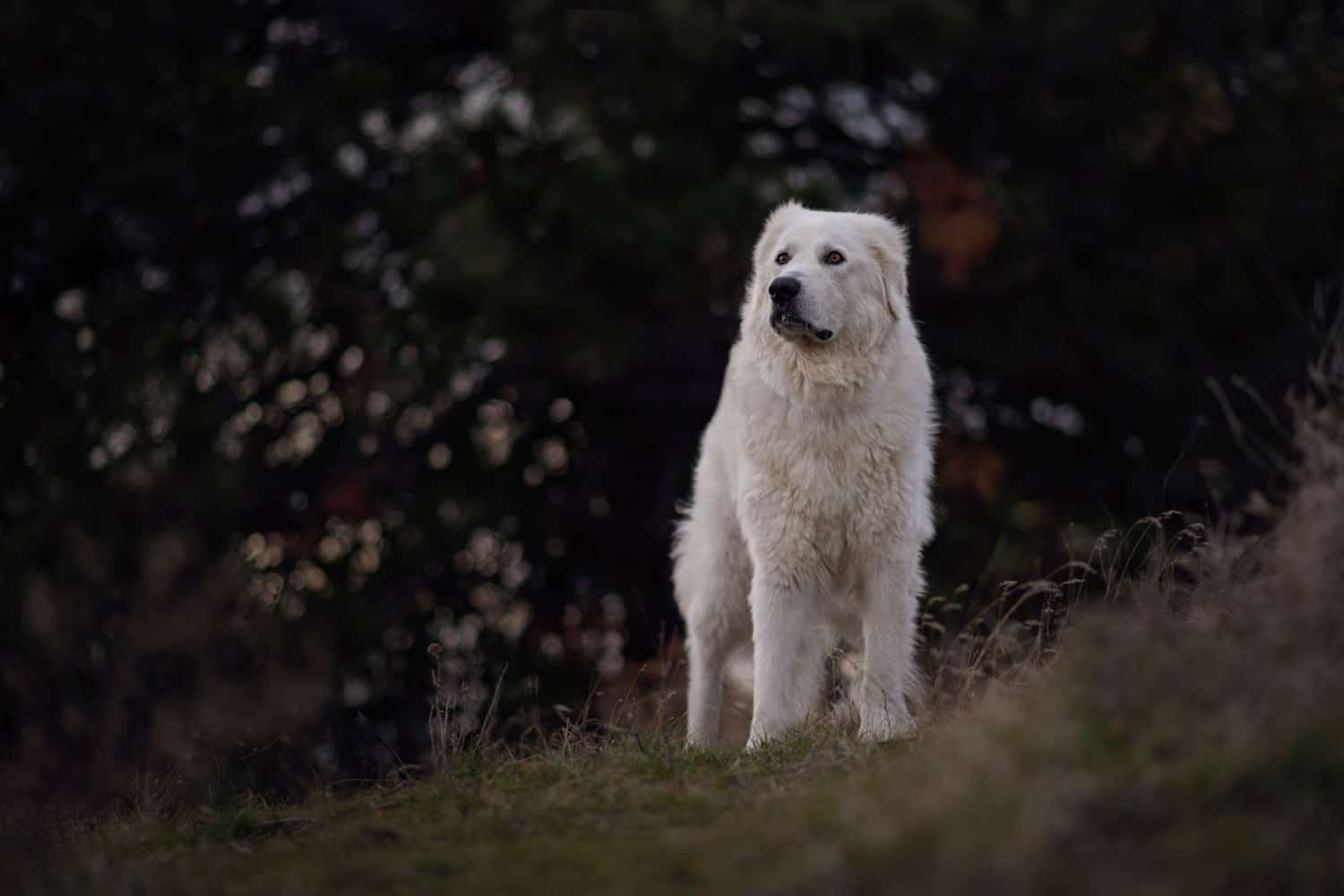 Homemade dog treats: The perfect solution for all that zucchini

I never imagined myself as a homemaker but here I am baking homemade dog treats.