How a lost Great Pyrenees found a happy home in Spokane

Wrangler was the last of his litter at a feed store in Santa Fe, Texas.

A Great Pyrenees puppy, Wrangler was the sweetest of all the dogs at the itty bitty feed store in the country.

Of all the Labrador retrievers, the chihuahuas, the mutts … Wrangler was the dog for Ryland.

“We formed a bond right away,” Ryland says. “I couldn’t not get him.”

Up until Ryland met Wrangler, he was a “German shepherd person.”

But there’s something about Great Pyrenees and indeed the whole livestock guardian genre of dog that takes hold of your heart, grips it and never lets go.

It’s a bond of trust, partnership and everlasting love.

Wrangler and Ryland spent every minute of every day together in Houston as Ryland immersed himself into basic training for the United States Air Force.

He wanted to be a police officer and the air force was his stepping stone to that career.

When Ryland left for basic six months later, he made sure to take pictures of his growing white floof to tack up in his locker.

“In basic, or stressful situations like deployments or short tours,” Ryland says, “there’s always something you want to look forward to. It’s like a marathon. You have a goal. You have to get through another hour or another meal. Wrangler was that for me.”

Then the worst happened. Ryland’s wife left while he was away, giving the Great Pyrenees puppy up with no way for Ryland to find him.

He didn’t have a chance to get a friend or his parents to intervene.

“To go from that kind of bond to not knowing where he was, it was just devastating,” Ryland says.

Until he was found.

In the worst of conditions.

BREAKING NEWS: #HoustonSPCA and @mocopct3 have rescued over 100 animals living in deplorable conditions- many of them inside a Montgomery County home. Many of the chickens, roosters, rabbits, ducks, parakeets, potbelly pigs, cats and dogs were in rooms… https://t.co/Ahny3kg8k6 pic.twitter.com/3trNxuG9ih

A Great Pyrenees was among them, crammed into a kennel too small for his long limbs.

“The good thing is he had a microchip,” Houston SPCA communications vice president Julie Kuenstle told KHOU in Houston.

A surprise text about a Great Pyrenees

“Your pet Wrangler Brown has been found by Jay.”

Ryland couldn’t believe his eyes when he got the text.

He’d never given up on finding Wrangler. He just had no idea how to go about doing it. He’s now stationed in Spokane at Fairchild Air Forces Base, and that’s a long way from home or any contact with dog organizations in Houston.

Today, he thanks his lucky stars he had the foresight to get him microchipped.

That went a long way in keeping hope Wrangler would one day be found.

“Oh no, he’s never given up,” says Aryonna, Ryland’s wife of one year. “Ever since the day we met, he’s been talking about getting Wrangler back.”

(See video of Ryland’s and Wrangler’s reunion on Spokane’s KHQ.)

It came with conflicting emotions.

“Don’t get me wrong,” says Ryland. “I’m super happy to get my dog back but it was bittersweet, knowing the conditions he was living in for so long.”

Wrangler’s hind end should be a brilliant white. It is stained with dirt.

Because he was confined to a too-small kennel during his growth years, he moves a bit awkwardly and will need physical therapy.

And he’s probably about 30 or 40 pounds underweight, his hip bones jutting up through his muscles.

“That’s the thing that breaks my heart the most,” Ryland says. “He’s so skinny because he’s so sweet. He’s the only dog that wasn’t eating.

“If you look at pictures from the newscast of the hoarder’s house, there’s one dog there and he was fat fat, like chunky. You can tell poor Wrangler just let him have his way.”

That’s all in Wrangler’s past now.

His future is full of big bowls of food, play time with his new brothers Duke and Tater Tot, trips to the groomer, long walks with Aryonna and Ryland, and snuggles.

Lots and lots of snuggles.

Everyone is settling in.

“He slept with us in our bed,” Ryland says. “The biggest thing is he’s enjoying the resting. You can tell how grateful he is to have a peaceful environment to sleep.

“He’s still super playful but you can tell he just wants to recuperate.”

“It’s more like a family,” she says. “Ryland feels more full with Wrangler here, so we’re all at peace.”

Ryland is incredibly grateful to have his dog back.

“It means everything to have him back,” he says. “I still have the pictures of him from when he was a puppy. People think I’m exaggerating but I really didn’t forget him. The whole three years we were separated, I thought about him. Every day.”

Ryland is holding a GoFundMe fundraiser to donate money to the Houston SPCA, ThisIsHouston and Many Paws, all who assisted in Wrangler’s rescue and transport. Go here to donate.

Now, check out some images of Wrangler at home in Spokane.

Right where he belongs.

UPDATE: Ryland took Wrangler to a vet for a checkup last week. They had X-rays done and the vet determined Wrangler has been through something so traumatic that one of his patellas is at a Grade 4 deformity. It is permanently displaced/deformed.

It can be repaired with surgery so Wrangler can live a healthy, active life. The surgery will cost several thousand dollars. I will be attempting to organize a small fundraiser to help but if you have a few extra dollars, please donate to Wrangler’s Journey at the GoFundMe account linked above. 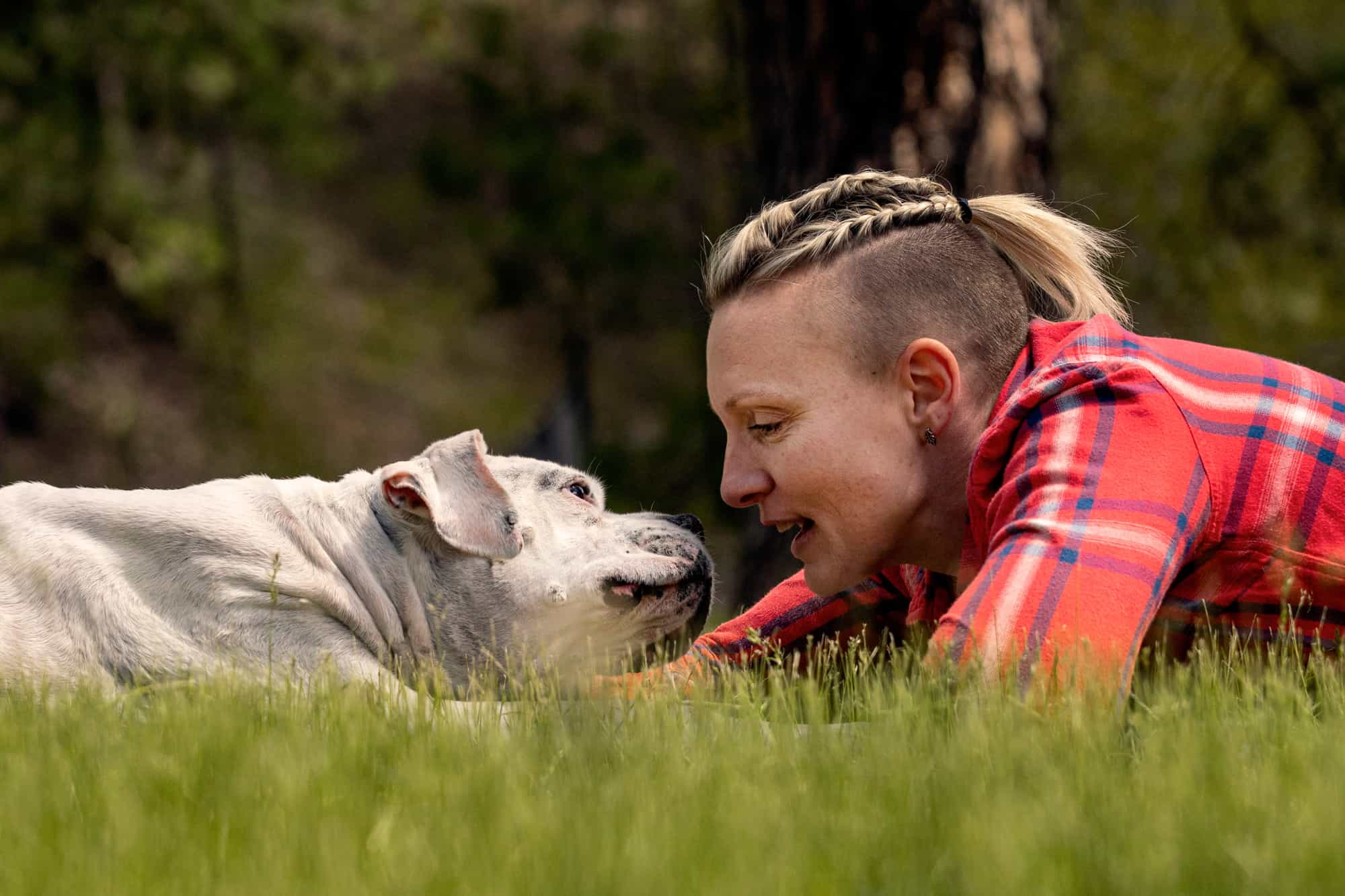 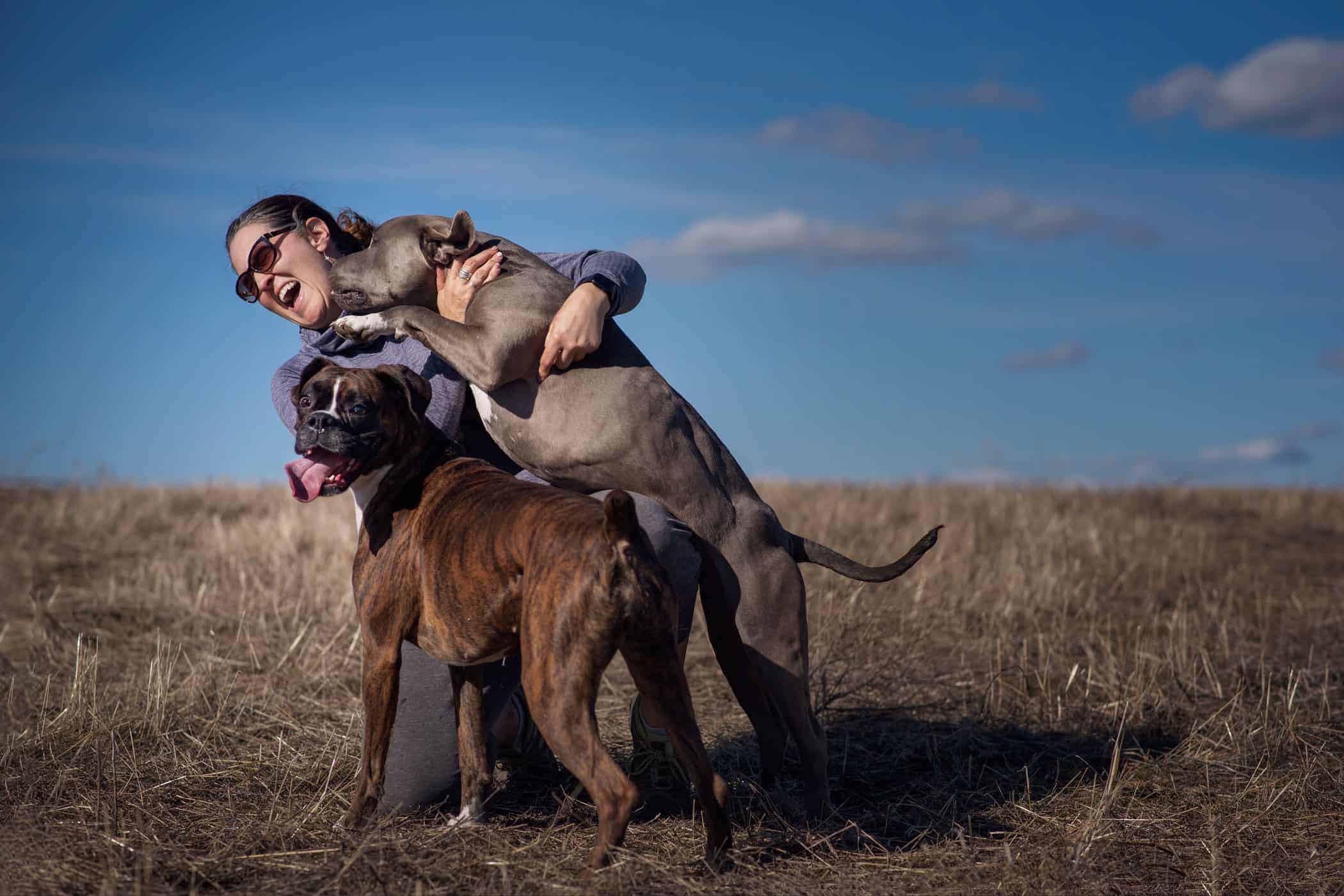 Dog boarding: How to find joy in chaos

Amy Fumetti’s life is filled with mud and dirt and dog hair and smiles and slobber. All kinds of chaos. It’s just what goes with… Read MoreDog boarding: How to find joy in chaos 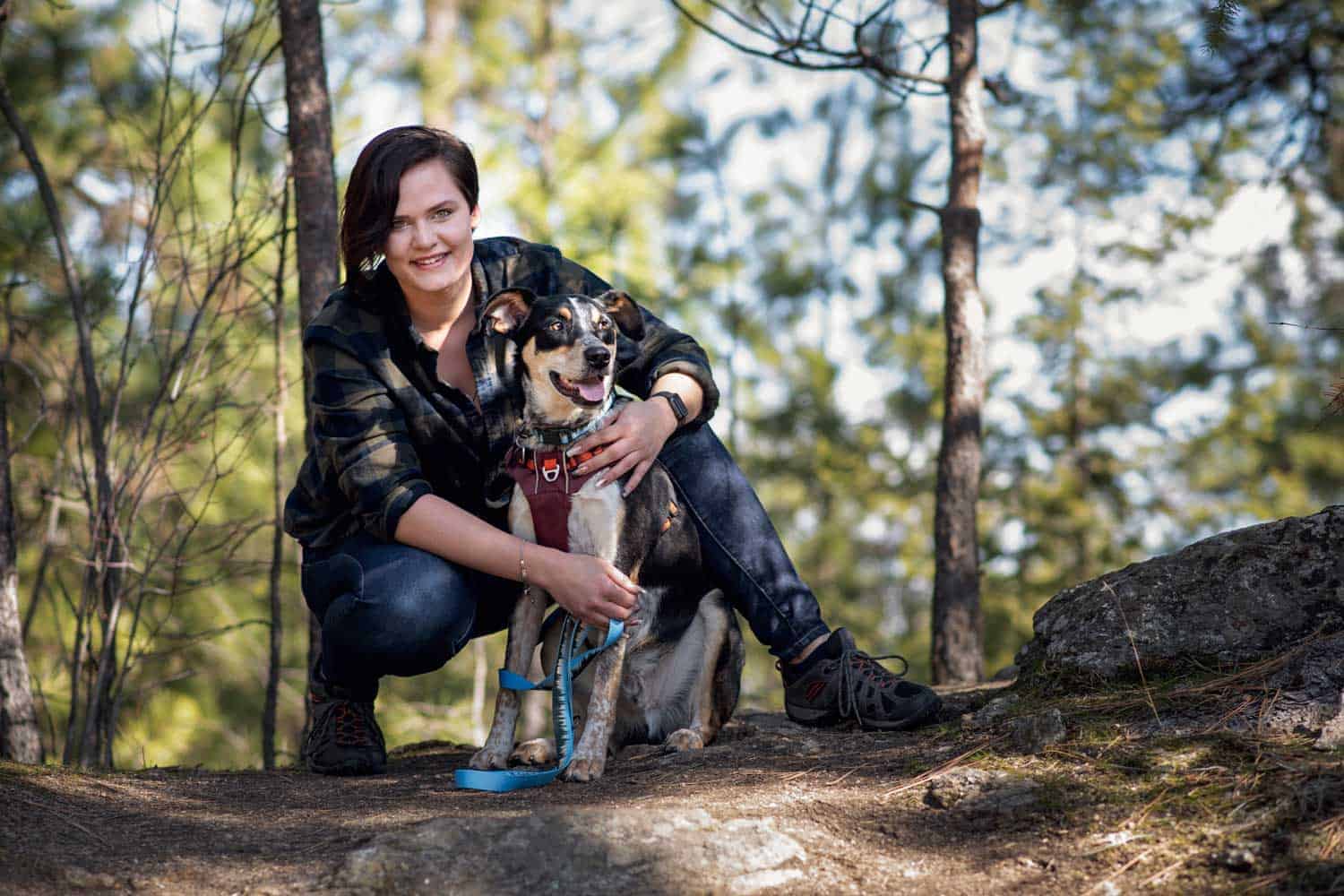 Lysbeth and Kipton had an amazing Adventure Day at the Dishman Hills Natural Area in Spokane Valley.